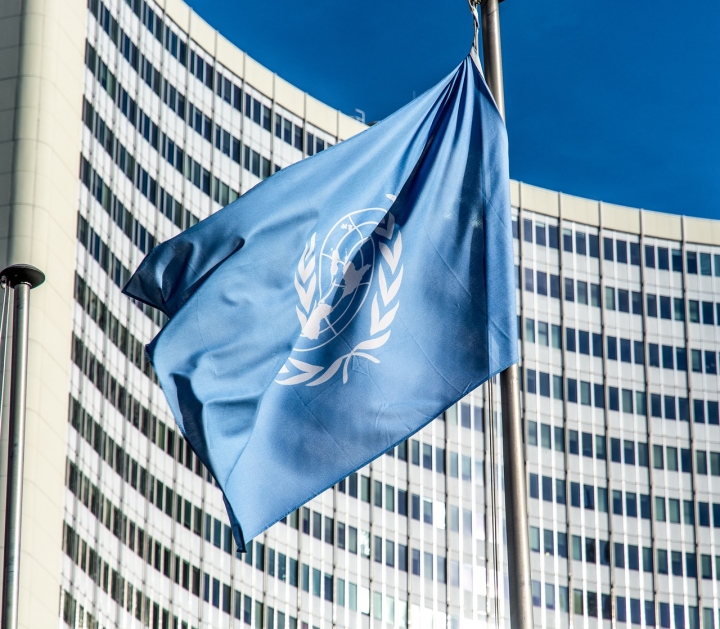 The 111-19 vote, with 55 abstentions, is merely a recommendation. The General Assembly does not have the power to refer the regime or its leader Kim Jong Un to the ICC.

The non-binding measure will come up for a vote by the General Assembly in December.

The authority to refer a country to the ICC lies only with the U.N. Security Council, a 15-member body charged with maintaining global security. /쁘리망카

The five permanent members at the core of the Security Council, including China and Russia, wield veto powers.

Opponents of the resolution -- including China, Russia and Cuba -- said the measure was politically manipulated and would set a precedent for other nations to be targeted in the future.

A North Korea representative told the U.N. gathering Tuesday that the resolution "provoked confrontation" and "failed to reflect the reality on the ground." / 오로라

China is likely to use its veto as its officials have repeatedly said efforts to send North Korea's leadership to the ICC "won't help improve a country's human rights condition." North Korea's longtime ally has never wavered in its support for Pyongyang.

North Korea's leaders have been accused of employing murder, torture, slavery, sexual violence and mass starvation to prop up the isolated regime and exercise total control over its citizens.

North Korea has repeatedly denied the existence of political camps or human rights abuses in the country. / 션

North Korea: 'We were forced to eat grass and soil'

The country has accused the United States and its allies of seeking to discredit and overthrow the leadership in North Korea.

In May, Russia and China vetoed a U.N. Security Council resolution that would have asked the International Criminal Court to investigate war crimes in Syria. They were the only two of 15 countries to vote against the resolution.

The U.S. backs the resolution to sanction and refer North Korea to the ICC. / 니따

North Korea last week released the last remaining Americans -- Kenneth Bae and Matthew Todd Miller -- detained in the country, but the gesture has not altered the United State's stance on the country's human rights record.

In February, the United Nations Commission of Inquiry on Human Rights in North Korea published a 400-page report documenting widespread torture and abuse, and called for urgent action, including the referral of its findings to the ICC for possible prosecution. /

The almost yearlong investigation by the commission involved more than 320 witnesses in public hearings and private interviews. It listed a litany of abuses including a new mother being forced to drown her newborn, corpses being eaten by dogs and rampant beatings.

North Korea's ambassador to the United Nations, So Se Pyong, said the United States and "other hostile forces" had fabricated the report in an attempt to "defame the dignified image of the Democratic People's Republic of Korea and eventually eliminate its social system." /킹콩

Before Tuesday's vote, an amendment proposed by Cuba to delete the language about an ICC referral was rejected 77-40, with 50 abstentions.

Cuban Ambassador Rodolfo Reyes Rodriguez said U.N. resolutions targeting North Korea or any other single country were a "tool to attack others." /킹콩칭구